What if you make a lot of money but have a lot of debt? 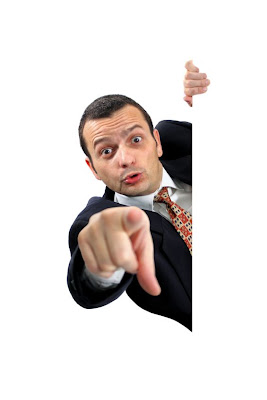 Has a process server shown up at your door yet with a summons and complaint? When you have a higher income, this is a serious problem. If your wages get garnished and you make $9000 per month, then 25% of your check after taxes is a couple of car payments. So now the cars are about to be repossessed. How are you going to get to work? You risk losing that job if you let it move forward.

Have you ever thought that if you could just pay your credit cards what you owe them, you’d be able to handle the payments?  If they just didn’t have 12, 15, or 29% interest rates, you’d be able to eventually pay them off in a reasonable time, right?

For many this would be true. Debt consolidation starts to sound like a great idea at that point. They promise to reduce interest rates for each of your credit cards and accounts, and cut your payments in half and when you get there the numbers just don’t work out.

Once the numbers are all added up, they tell you that you’re going to pay only about 25% to 33% less than you’re currently paying. If honest, they’ll also tell you that some of your creditors won’t play along and will just go ahead and sue you and garnish your wages instead. Some creditors will reduce interest rates to 5% but some will reduce interest rates by 5%.  There’s a huge difference.

Of course if they tell you that, then you won’t sign up and won’t pay them any money and then they won’t make any money on your case.  Clearly that’s why I’m writing this post to you, because I’d prefer you signed up and paid me instead to be perfectly honest.

So, here’s what I can tell you about a chapter 13: Once the chapter 13 payment plan is approved by the Court which is called a confirmation order, none of your creditors are going to opt out and sue you and garnish your wages instead. They can’t.  Basically, you’ve already sued all of them yourself. It’s a pre-emptive strike sort of like suing all of your creditors as a class action lawsuit before they can sue you individually.  So, no lawsuits against you and no wage garnishments or bank levy.

Truly Reorganize Your Debt With Bankruptcy

Additionally, what I usually find is that if you are paying 100% of your credit cards and medical bills and the like, and you’re paying them at 0% interest for only 5 years, then in most cases you cut your payments in half, give or take a few percent. It’s what the debt consolidators promised to reduce your payments to, but couldn’t. The reason it works out though is that the bankruptcy court forces the creditors to take it.  The other reason it works out is that your attorney and your bankruptcy trustee are charging you far less than the interest you would have to pay if you went to a debt consolidation.  Plus the debt consolidators charge you on top of that.

If you owe $60,000 in credit cards and you pay them the regular monthly payments, by the time you’re done you’ll have paid them something like $194,000. That’s a payment of at least $1800 to 2100/mo depending on how many different accounts, who they are with, varying interest rates and so on. Worse it would take 538 months or 44 years to pay it off. I checked the minimum payments at Bankrate.com.

Debt consolidation on the same debts will probably yield a payment plan of $1400 to $1600/mo for about 5 to 6 years and probably at least one lawsuit.